Over here! Are you looking for a guide on how to set up screen record? No matter whether you are with iOS or Android, PC or Mobile, here are the step-by-step tips.

People always want to capture important moments and save them for a long time. But different situations require different methods. If you are a vlogger, then mobile phones would be the best choice, which allows users to start recording whenever and wherever.

And if you are white-collar workers or scholars who try to record online meetings, then a software or built-in program would help a lot. How to set up screen record? Here list of several free methods for both PC and mobile phone users. Check it out now!

How to Set up Screen Record on Windows

some users are used to applying the third-party screen recorder for other extra functions. There are many mature tools like RecForth that can be a good alternative to Windows 10 built-in program.

But if you are the ones that get used to having built-in programs, don’t worry, and here are the detailed tips. Before recording the screen, you should decide if the mic will be used, and it could definitely help a lot once you are trying to explain something on the screen. How do you set up screen records? Let’s see.

Click the Setting button in Windows, and make sure the Game bar under the Gaming section is “On”.

Press “Win + G” simultaneously to open the Game bar on the operating surface. And click the middle button (as the following picture shows) to start your recording.

Set up Screen Record on Windows

Step 3. Save the Video When Finished

When the recording is finished, click the icon again to stop. Then a popup will appear to notify users that the video has been saved. By default, it can be found in the folder named “Videos”.

How to Set up Screen Record on iOS

According to statistics, there are about 1.8 billion iOS devices in use. Indeed, a large number of users want to know how to set up screen records on iPhone, and other iOS devices.

Thus, the following will show you how on iPhone, iPad, and macOS devices with built-in programs. Stay tuned! The operating surface and process of the iPhone are the same as iPad’s. I will take iPhone for example.

If you haven’t set up screen recorder function on the Control Center, you need to advance enable the Screen Recording feature on your iPhone/iPad.

Just go to Settings > Control Center, then tap the Add button “+” next to Screen Recording. This is the very first step to knowing how to set up screen record on iPhone.

Open the control center by sweeping up from the top right side of your iPhone/iPad. And tape the marked icon (just as the following picture shows) to start recording. 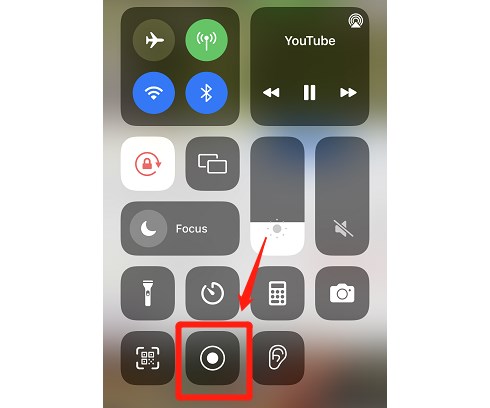 Set up Screen Record on iPhone

Step 3. Save Your Videos in Photos

Press the button again when you want to end the recording. The video will be saved in Albums under “Photos” by default.

How Do You Set up Screen Record on MacOS

What’s more, if you are really an iFan, and prefer screen recording with MacOS, the following easy steps show you how.

Press the red button to start recording. Before recording, click the small arrow below to set whether to record the microphone

Set up Screen Record on Mac

How to Set up Screen Record on Android

Many people around the world use iOS, but so do Android. According to the report, the active users of Android have reached almost 2 billion. Obviously, the question of how to set up screen record is important as well.

Step 1. Turn on the Interface

Find the video interface, hold down the top of the screen, and swipe down. 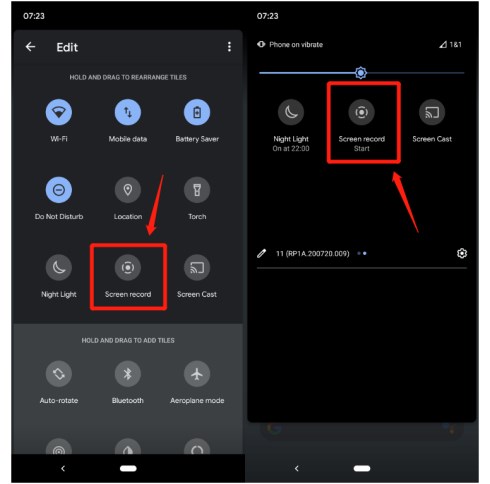 Set up Screen Record on Android

Step 2. Finish Recording and Save it

Click “Screen Record” to start recording, and then click the icon again when want to end the recording. The video will be saved on the phone by default.

Now you can see how easy it is to answer how to set up screen record. Except for using some professional tools like RecForth, built-in programs are also strongly recommended. Just click the button below to give it a try and you will get surprised!