Since the time of camcorders with cassettes for recording, storage has always been a thing of concern. And when digital storage in the form of SD cards came in, the storage problem was pushed aside. Then began the era of AVI, which was short-lived due to its inefficiencies. MP4 replaced it.

The two formats had similar properties, but MP4 triumphed due to its wide adaptability, with due credit to Microsoft for adopting it as the default format on their OS.

As a result, you will find the majority of the devices like video game consoles, smartphones, tablets, and even smart TV have MP4 video support by default. You can convert all your downloaded videos from MKV, AVI, WMV, etc. to MP4 using the free video converters below. We have compiled a list of online and offline converter options.

Do Not Miss: 20 Best Video Editing Apps for iPhone and Android Phones

Duo Video Converter is one of the most comprehensive video converter apps for Windows and the best MP4 video converter. It can convert videos from MKV, AVI, etc. to MP4 format within a few minutes.

You can use it to convert media files between video and audio formats such as MP4, MKV, AVI, WMV, MPEG, MTS, TRP, MP3, WAV, AAC, and FLC.

As a free MKV to MP4 converter, Duo Video Converter does an incredible job, thanks to its features like 4K UHD video support and bulk conversion options.

The app does not require any special skills, and you can share the final video without any watermark. At the same time, you do not have to worry about annoying ads, either. Instead, you can safely download the Duo Video Converter app from Windows Store. The best part is that Duo Video Converter has become faster with the Windows 11 system upgrade.

Verdict: Best for converting videos to 300+ formats and devices Windows 10/11 for free.

HandBrake is a multi-platform video converter, it’s one of the best MKV converters that you can use to convert large MKV to MP4. While it does not support many video/audio formats, HandBrake offers additional control and codec support. You can also explore some video filters. On the bright side, it is entirely free to use HandBrake on your PC or Mac.

The free version of Any Video Converter is a great WMV to MP4 video converter to convert MKV, WMV, and AVI videos to MP4 videos. In addition, it can work with more than 100 input formats and 160 output formats. Thanks to hardware acceleration support for NVIDIA NVENC, AMD AMF, and Intel QSV, you can expect a faster video conversion experience as well.

Verdict: Best for dealing with video, audio, and DVD-to-video conversions on PC and Mac.

WinFF is a simplified video converter that you can use to convert incompatible formats such as MKV and AVI  to compatible video format MP4 files. It is worth noting that WinFF does not have a GUI. Instead, you have to use the command line for conversions. You can get a portable version of WinFF for Windows as well.

Freemake Video Converter is another way to convert MKV, MOV, and AVI videos to MP4. You can download it for your PC and use it for free. While we think the UI can be improved, the overall experience is pleasant. In addition, you can explore a bunch of additional options like DVD burning and photo editing.

Verdict: Best for converting between industry-standard video formats on Windows and Mac.

FreeConverter.com is one of the best online methods to convert video files to MP4, in a web browser, without installation. You can open the official website to drag and drop the file you want to convert. The maximum file size is 1GB, but you can sign up for more.

FreeConverter.com supports different video codecs, screen sizes, aspect ratios, and subtitles despite being an online video converter. You can also make minor audio edits before the conversion. It has an easy-to-use user interface and it supports advanced options, yet it has a 1GB maximum file limit.

Verdict: Best for converting videos on computers and mobile phones to WebM and MKV. 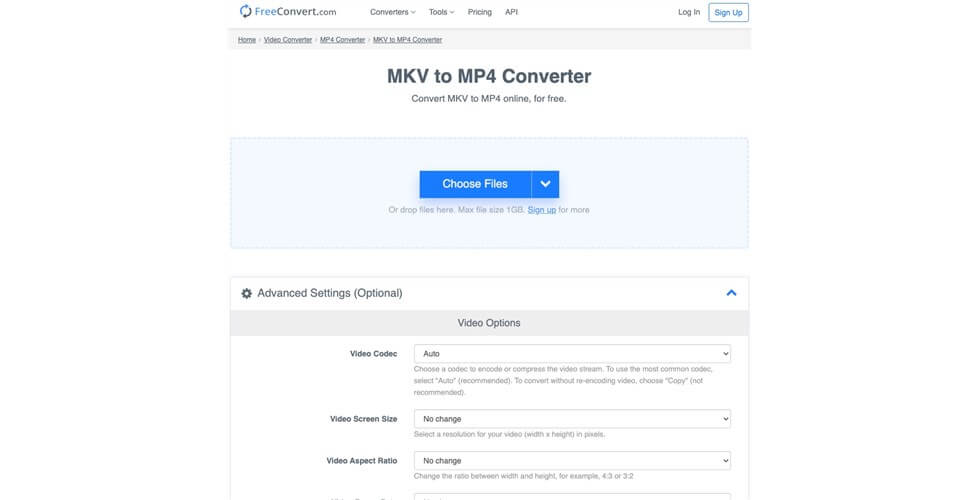 You can also use Cloudconvert.com if you want to convert MKV, MOV, AVI, WMV, and AVI to MP4 videos for free. Once again, you get a bunch of additional control options. You can change the resolution, Constant Quality, video codec, and file aspect ratio during conversion. The platform offers several presets as well. What’s more, there is even an option to change the FPS of the video.

Cloudconvert offers video conversion presets and it can change the video FPS, but one of the notable cons is that its conversion fails at times. 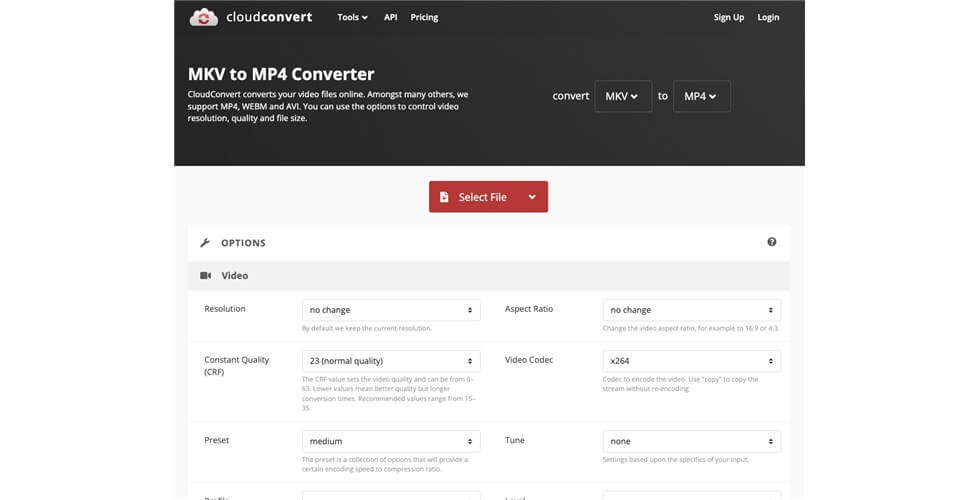 You can use any of these free video converters to convert video formats between MP4, WebM, MKV, AVI, MOV, etc. without a second thought. The best part is that they are free and will not burn a hole in your pocket.

Start with the easiest of all, the Duo video converter, and then work your way up. If you don’t have the time to install and use an offline app, go with the online video converters that we mentioned in the latter part of the post.