How to Speed Up A Video on Windows 10

In this post, there are 3 free video editors introduced to change the speed of a video step by step. The detailed video tutorial will also reveal how to change a video speed steps.

How do you speed up the video on Windows 10? If you want to speed up a clip of your video to mark a transition or slow down a clip to focus on it, then that’s what you’re going to learn today.

To speed up a video on Windows 10 is quite easy. There are only 4 steps needed that you can own a video at a pleasant rate. Before we start the introduction of these detailed steps, you can learn how to speed up a video from this video tutorial.

Video Tutorial: How to Speed Up a Video

Now let’s reveal the detailed steps to adjust the speed of the video one by one.

FilmForth is a free video speed editor that’s simple to use. It can be installed with 2 clicks, and, contrary to most free editors, FilmForth is watermark-free, so you won’t have any annoying watermarks when watching your final video.

To start downloading FilmForth, click on the button below.

Tap the New Project button in the middle to import the video you are going to speed up the video.

Once you’ve created the project, you’ll need to add the video file by clicking on the ADD VIDEO/PHOTO CLIPS icon. You can also drag and drop your video clip to FilmForth. 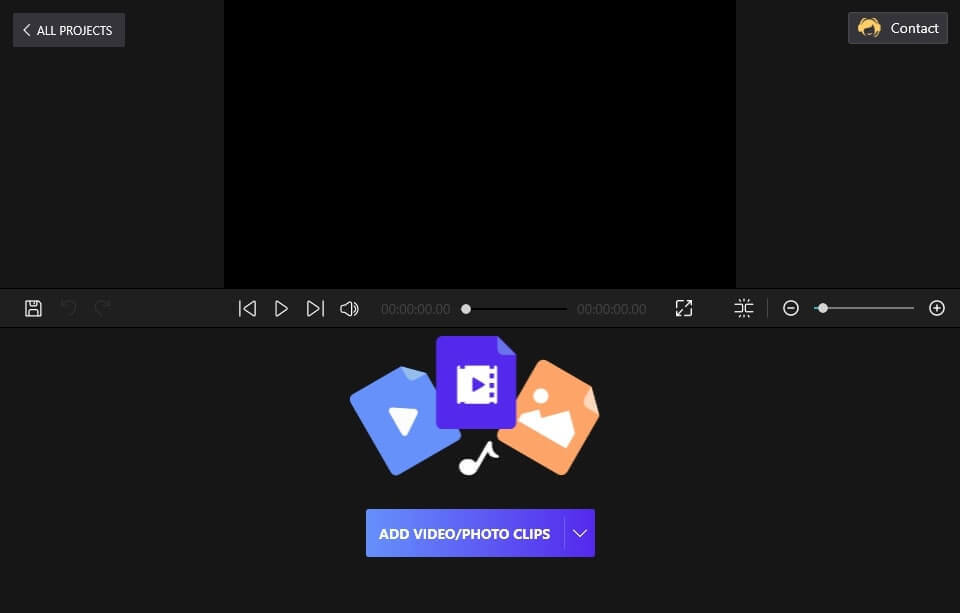 Add Video or Photos to FilmForth

Once the video was uploaded, you will see the toolbar showing at the button. You can simply click on the Speed button to change the playback speed.

Hit the Speed Button to Change the Video Speed

As you can see, there you can adjust the playback speed of your video to either slow it down or speed it up. Once you’ve adjusted the video speed, simply click and move the on circle button that’s located on the bottom left to adjust the speed. 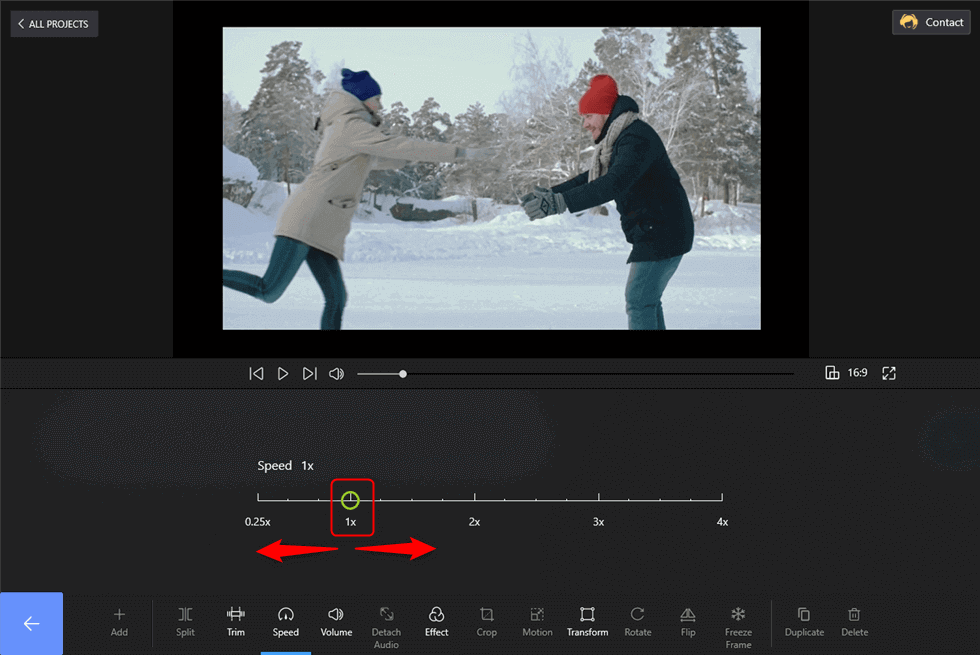 To finish things off, you’ll need to save your project as a video file, so you can share and upload it. To do so, click on the Save Video button that’s located on the right corner of FilmForth. 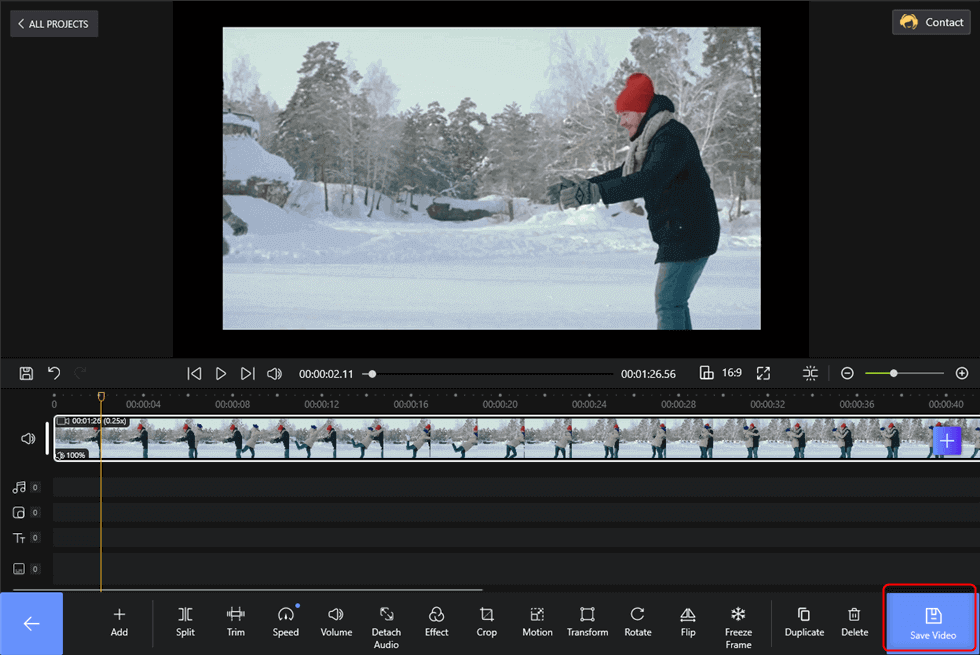 There will pop up a window that contains video resolution, quality, and frame rate. You can also choose to export the video with or without a watermark. Then select the Save button to start exporting. 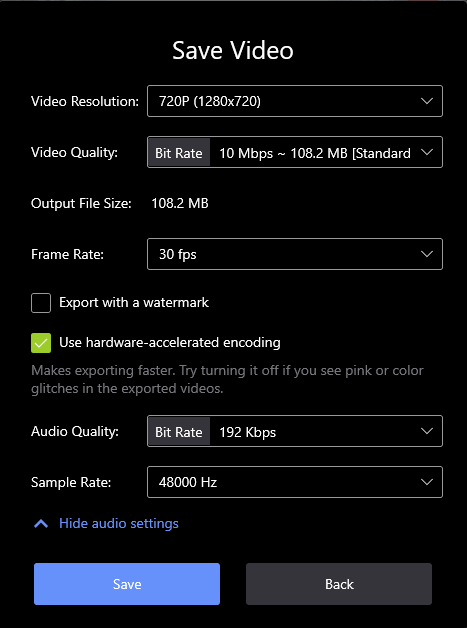 Tap Save to Export the Video

Take into account that it might take a while for it to export, as the speed of the exporting process depends on the duration of your video.

In this part, we are going to meet 2 more free video speed editors.

iMovie is quite known for Mac users. As a powerful video editing software from Apple, iMovie has lots of highlights features. Like simple interface with some great themes can shin the movie-making ideas. Lots of wonderful movie templates and audio tools support users to explore more possibilities while editing videos.

But also, iMovie owns lots of cons like not supporting tagging and no motion tracking. As iMovie supports only MacOS, it limited lots of video creators. For Windows users, FilmForth would be one of the best iMovie equivalents to creating a video project. 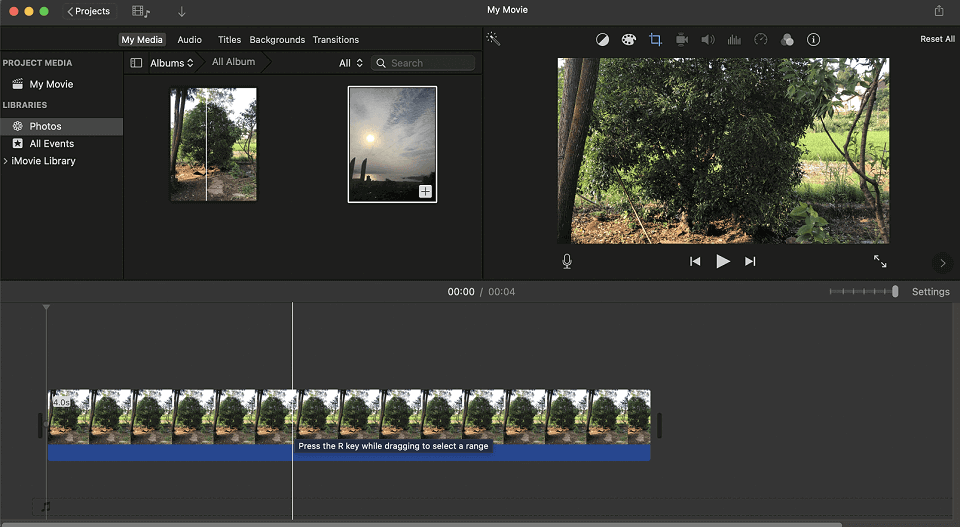 Photos editor for Windows PC is just the same as Windows Movie Maker for Windows users. Photos app owns lots of great star features to make a stunning video. This built-in app can browse all your photos once you launch it. That will enable users to see their pics or select pictures easily. No matter the users want to edit photos or videos, The Photos app supports them very well.

But for the Photos app, you can only support simple picture and video editing. More professional editing needs will ask for more professional video/photo editing software. As the best Windows Movie Maker alternative, FilmForth works for all-level video creators. It’s worth a try. 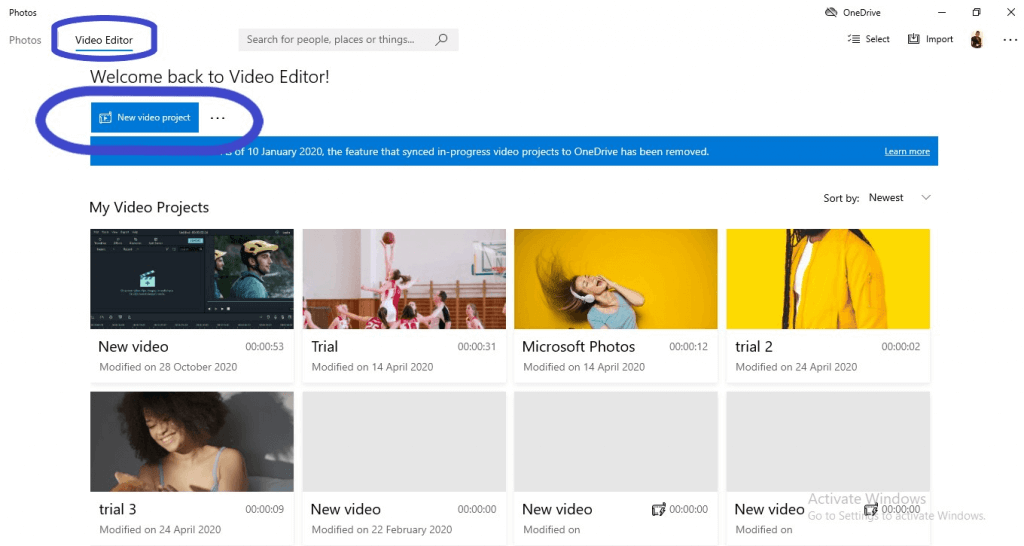 As you’ve seen, whether you want to change the playback speed of a certain part, or of the whole video, the process is really easy and doesn’t require any previous video editing knowledge.

In fact, I decided to write this article as most tutorials to change playback speed I’ve seen either used old tools (like Windows Movie Maker), or used video players like Media Player, which aren’t ideal tools for this job and will make the speed changing process more difficult than it should be.

Did you like this tutorial? Please leave a comment and let me know what you think! And if you want more tips on how to use FilmForth to edit videos you can also visit our other articles.