How to Cut Videos in After Effects

This article discusses how to edit video in After Effects, and recommends another tool and a tutorial on how to use it.

Splitting the videos shouldn’t be a hectic task. Take your raw footage and cut it in After Effects within a few moments. Learn to cut videos on After Effects in 5 simple steps that take less than 5 mins, from start to finish.

Every second counts in your video. You cannot put out long-duration videos and expect the audience to be engaged. Cuts at the right moments without tumbling the simmering narrative.

They can very well decide how your content will be received in the foresight. Therefore, what you need is a video editor that can do the job without a hiccup. An editor that doesn’t shy away from going the extra mile, with the appetite to go beyond the means.

Applications such as Adobe After Effects can split clips and merge them in the manner of your choice. The added bonus feature of differently stacked layers of split video clips makes it easier to manage.

Get to Know – Adobe After Effects

After Effects was developed by a small software company in Rhode Island, primarily for Mac computers. After getting acquired by Adobe, the application grew from strength to strength.

After Effects have two versions, the CC and the CS version. CC is the Create Cloud which is a part of the Adobe suite. On the other hand, CS stands for Creative Suite, which is relatively older, continued till CS6.

When you have the option, go for the CC version, which has many improvements and feature updates.

How to cut video via FilmForth

When you don’t want to lighten your pocket with an expensive video editor, FilmForth comes into the picture. Cut videos within seconds and edit them separately. Backed by the friendly user interface and a structured placement of tools, FilmForth has room to impress. Here’s a video tutorial to help you cut the video.

Prerequisites for splitting videos through FilmForth

Install FilmForth from the Microsoft store. The app developers do not recommend installing it from any other source.

Launch Filmforth and create a new project. You do that by clicking on the New Project button. 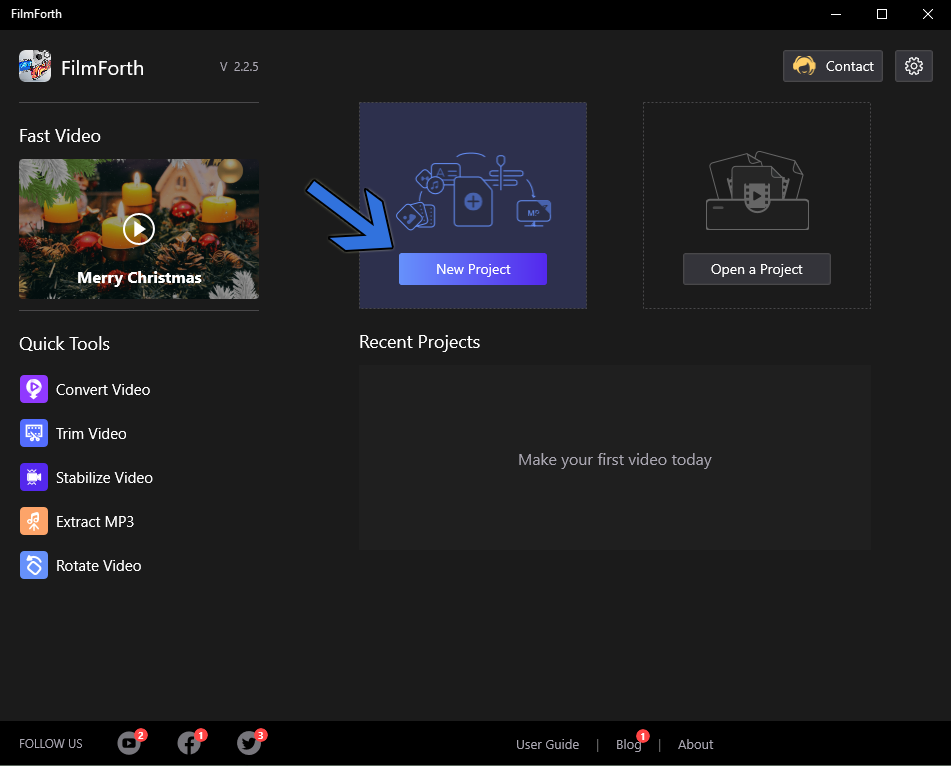 Import a video by using the drag and drop feature. Alternatively, the Add Video/Photo Clips do not disappoint either.

Then, click the Edit button at the bottom to summon more editing tools. Select the video from the timeline, and move the yellow seeker line to the point in the video you wish to cut.

Click on the Split button given in the tool’s dashboard. It will cut the clip into two parts.

The video is cut into two parts, as visible in the screenshot below. You can further cut into smaller clips by using the split tool.

Do remember that the splits can be undone using the undo button or the shortcut (Ctrl+Z).

Once you’re satisfied, click the blue button in the lower right corner to save the video. The interface will pop out and let you choose the video resolution and quality of the recorded video, as well as the number of frames, and you can also set the sound settings. FilmForth provides you with an additional option, the decision to remove the video watermark is up to you. 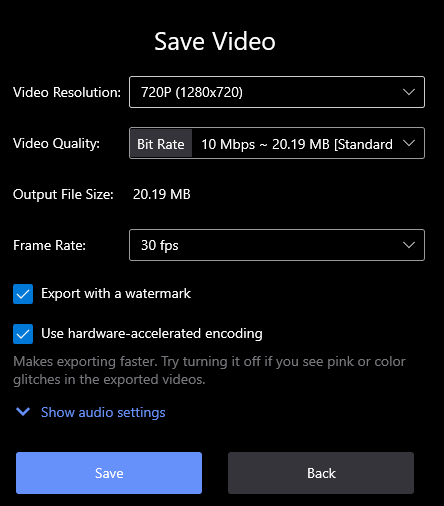 How do you edit a video with Adobe After Effects?

Step 1. Import the Video to Create A Project

Our first and foremost job is to create a new project. You can do that through the keyboard shortcut Ctrl+alt+N. Alternatively, you can go to Files > New > New Project for doing the same. 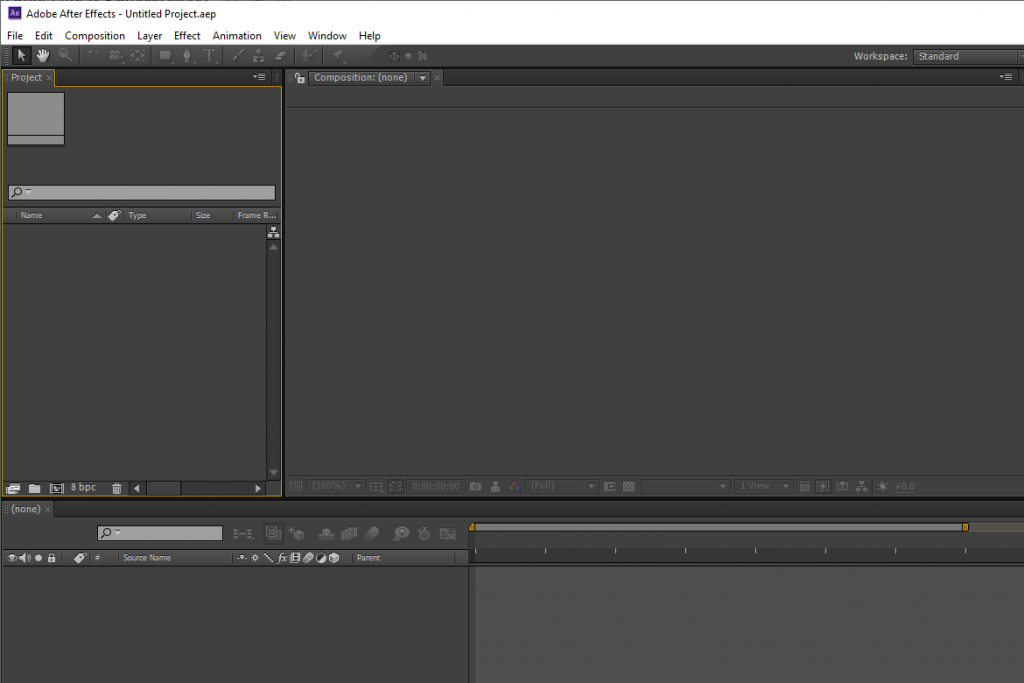 How to Cut Videos in After Effects

Next in line is importing the video. Drag and drop your video anywhere, apart from the composition section. 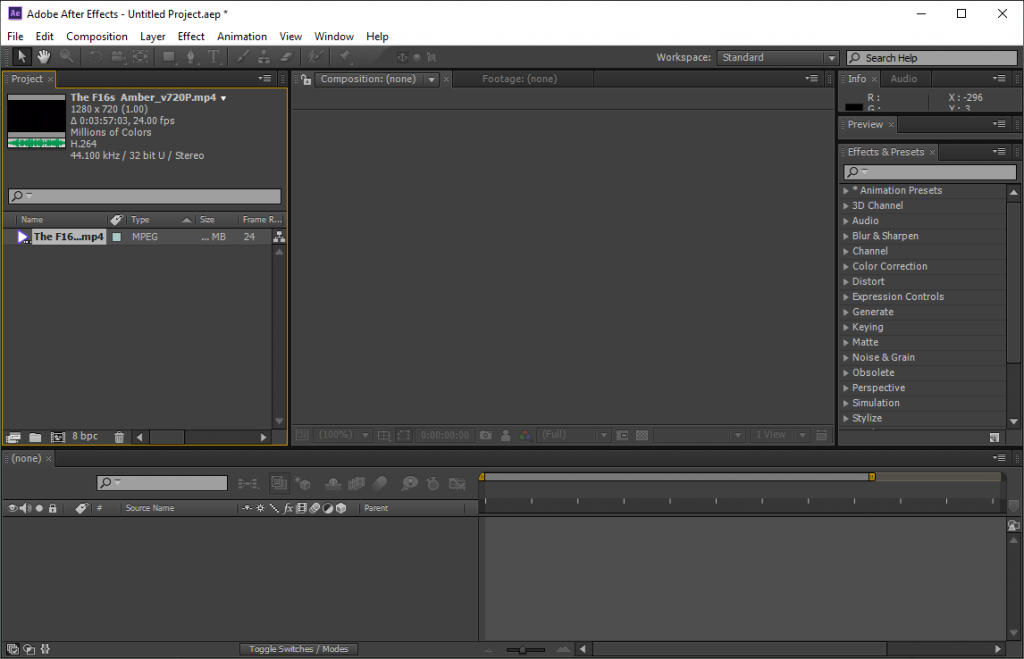 You can also take advantage of the keyboard shortcut Ctrl+I to import all supported video files.

Then, we drag the video into the timeline from the project section.

Let us get to the reason why we are here. Head to the point in the video which you want to cut with the help of the seeker bar.

The easier way is through a keyboard shortcut. Once you have positioned the seeker bar, press Ctrl+Shift+D on your keyboard to cut the video instantly.

This comes in handy when you have to make multiple cuts in the video. You cannot go to the Edit > Split Layer for splitting the video manually every time. As you can see, the split parts of the video will appear in the different columns for better handling.

You can split the clip into as many parts as you want. The splits can be undone as well by pressing Ctrl+Z on the keyboard after selecting a particular clip.

Once you’re done clipping, you can export the finished video from the Export menu. If you want to customize the settings and save the file name in the path, you can select “Add to Render Queue” to edit the file.

Adobe After Effects is a powerful application that does so much more than the simple cutting of videos. It does cost a considerable amount of money in the form of a yearly subscription package.

Frankly, that’s an overkill for just splitting or cutting the videos. On the other hand, there is a free video editor who goes by the name of FilmForth. It can cut the videos as well, without burning a hole in your pocket, easy to crop a video.

Perform similar projects on both the software and decide based on which of the two suits your style of editing.