How to Overlay Videos in Steps

This article will show you how to overlay videos in a few steps to make a Picture in Picture video.

Create overlays consisting of pictures and videos over other videos. Many capable video editors can do it effortlessly. You do not need special skills to do it, and it is that simple. Learn to add overlay video on a video within minutes. Also, remove the background, calibrate opacity, and speed, amongst various other things.

What is Video Overlay?

Video overlay, often also called picture-in-picture, is a technique where an image, video, or animation can be put on another video. Preferably at the bottom corner of the video.

In times of pandemic, professors and teachers are using overlays for creating video lectures. Some online new channels place their animations and other objects for use in their news reporting episodes.

The last few years have seen a growing number of reaction videos where a person reacts to a video. They record their reaction and post them on platforms such as YouTube, Facebook, etc. 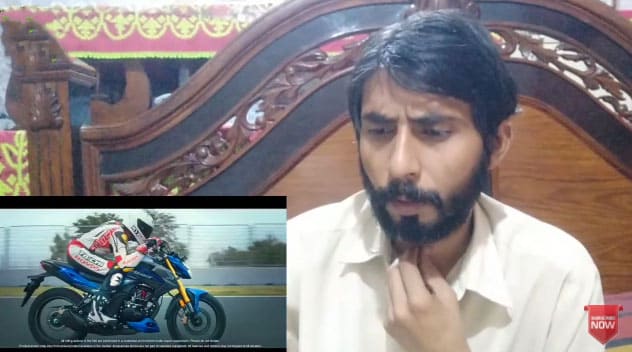 How to Overlay Videos in Steps

Their reaction video is overlayed over the video to which they are reacting. Sometimes the opposite is also found in such reaction channels.

How to Make a Picture in Picture Effect with FilmForth

With hundreds of options, it isn’t easy to zero in on one particular video editor. We have found the ideal video editor, which has the right set of features to make it to the finish line.

Take full benefit of the Picture-in-picture option to add an overlay of video over another video. It doesn’t have to be a video; you can add pictures as well. Just like any other video, you can edit the overlaying video with the tools as well.

With the help of the Chroma key, you can eliminate the background of the overlayed video. Calibrate the opacity as well as the remaining object of the video.

Set the FPS of the edited Video according to your needs. Calibrate it between Europe standard 25 to smooth as butter 60 FPS.

Add drama to your content by freezing particular frames of the video. Just click on the button to freeze a frame. Add effects and other things to bring out the best of the frame.

How to Overlay a Video on a Video

FilmForth can only be downloaded from the MS store. Head to the store by searching for it from the start menu search. Refrain from installing third-party copies of the app. They are dangerous and can cause problems with your computer.

Launch it for the first time, and a tutorial window will greet you. It will take you to the editor’s YouTube channel. You can skip it and go ahead with editing.

Step 3. Create a New Project and add a video. 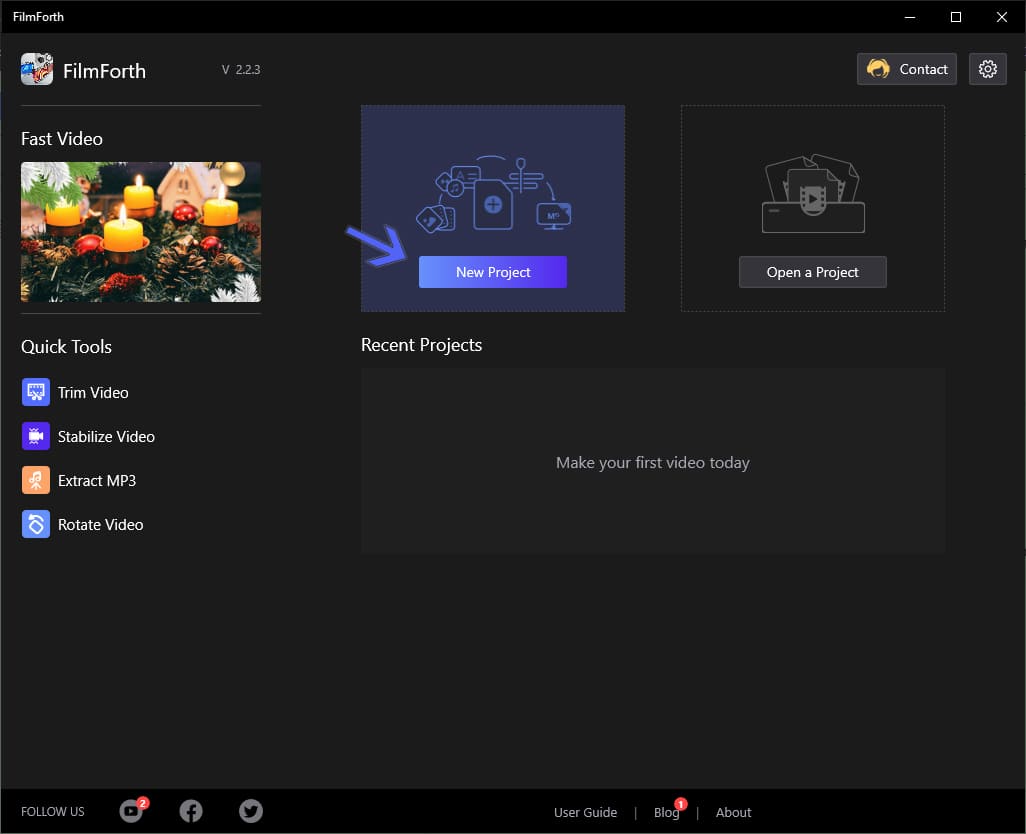 Click on the Create Project button and then add a video by clicking on the Add Video/Photo Clips button. Drag and drop work as well for adding media.

Step 4. Add Video to Overlay on the video. Select the Picture in Picture option from the tool’s dashboard. 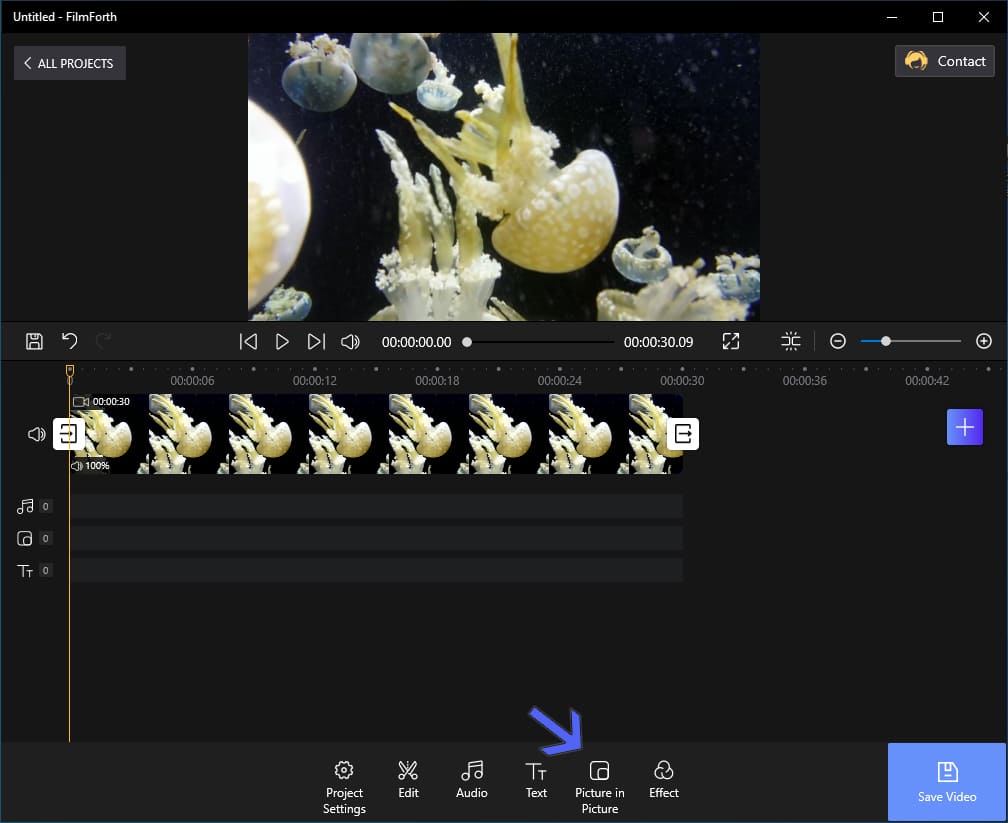 After that, select the Add Pic in Pic button and choose the video you want to add. 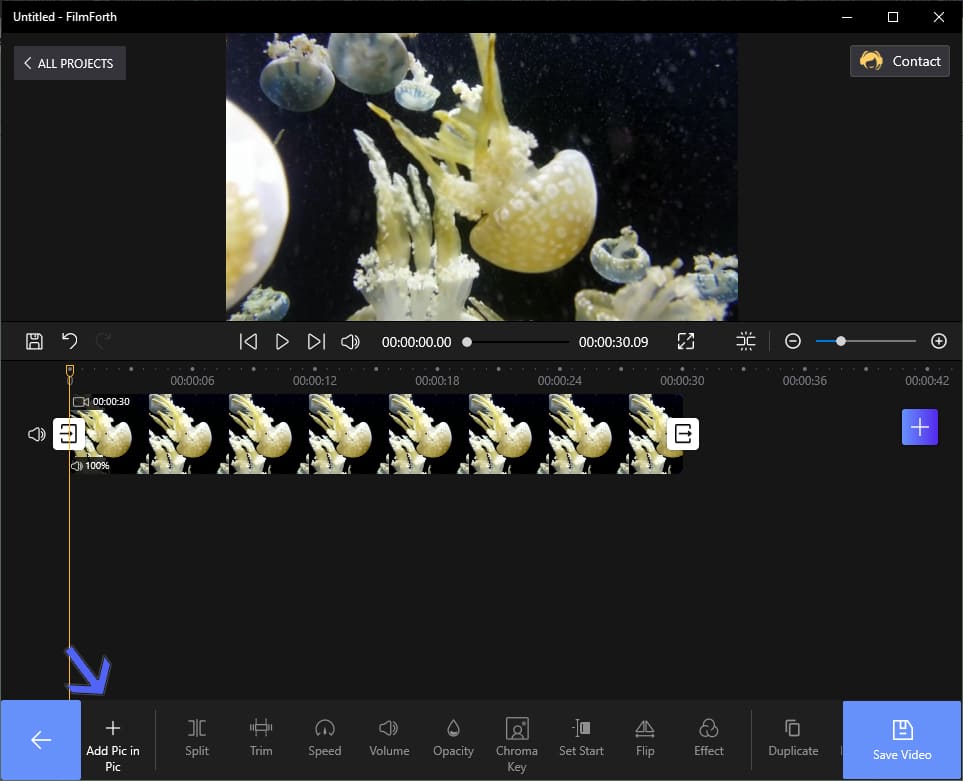 Repositioning and Resizing the Video

The video will appear as an overlay on the base video. You can reposition it by using the mouse pointer.

Others things to with the Overlay video

Remove the background of the video and focus on the object by using the Chrome key option.

After that, enable the Chroma key by sliding the button to the right. Since the video in our tutorial has a green background, it is easier to eliminate it. Plain backgrounds are generally easier to remove.

Decide how visible you want the added video to appear on the base video. Use the Opacity feature to do just that.

Slow or fasten the speed of the overlay video using the Speed feature. You can calibrate between 0.25x to 4x speed. Keep in mind that the duration of the extends as you lower it below 1x of speed.

How to Overlay Videos

Make sure to match the quality of the video with the overlay video. Different video qualities may seem out of place. Apart from the picture in picture, FilmForth offers features such as an MP3 extractor, which takes out audio in MP3 format from any supported video. Or, stabilize a shaky video using the in-built stabilizer. While we are videos, don’t forget to apply video filters, ranging from 1977 retro to Mayfair.