How to Screen Record on Windows 10 Laptop

Regardless of whether your laptop brand is Dell or Lenovo, the two methods of recording your screen described there are both practical. Now the following will introduce how to operate each method with detailed instructions.

Screen recording is a significant feature for all computer users, and it is always helpful to meet a number of demands. By screen recording, people can capture videos that can not be saved directly, teach courses, share video gameplay, and so on.

Screen Record on A Dell/Lenovo Laptop with Build-in Tool

Those two PC giants share the same operating system—Windows 10, so the following instruction is suitable for both.

Go to Settings on Windows, then tap on the”Gaming” icon. On the pop-up page, click to turn on Xbox Game Bar and Game Mode. 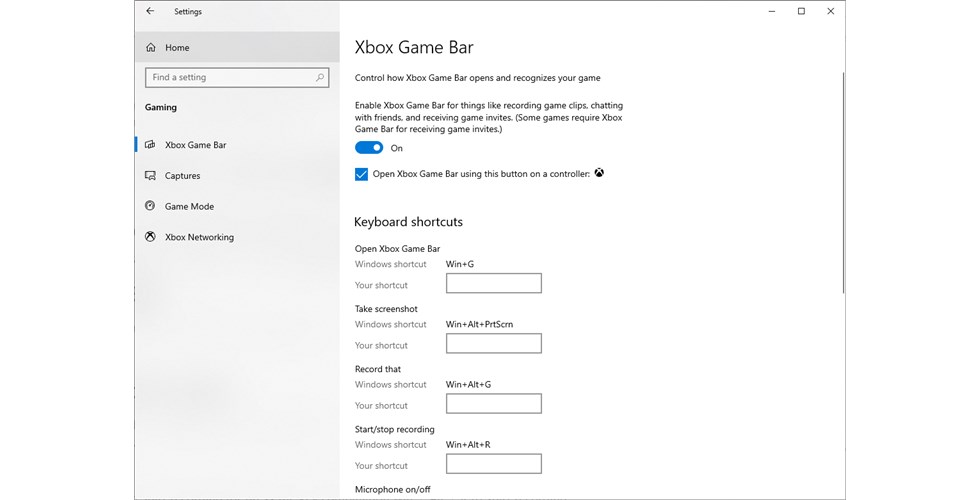 Step 2. Start Recording on the Laptop

Open the specific application you wish to record on your laptop, then press Win+G simultaneously on your keyboard to activate the Xbox Game Bar. in the pop-up notification, check “Yes, this is a game”.

In the floating panel, select Capture and click on Start recording (or press the key combination Win + Alt + R to start recording.

Once recording begins, a small “Capture status” box will appear to show you the recording time and allow you to turn the microphone on or off. 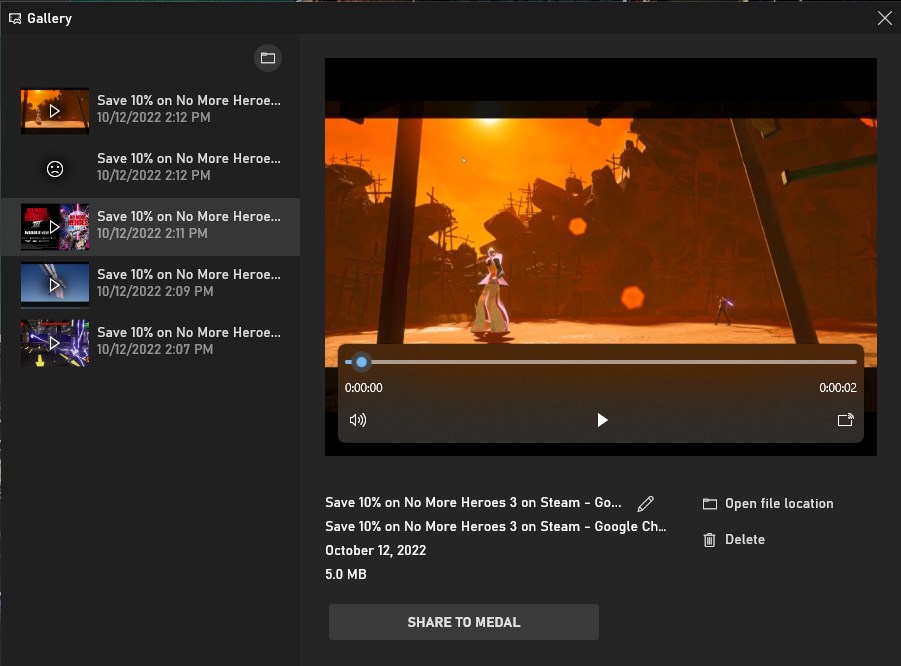 When you’re done, you can click on the Stop recording button（or press Win+ Alt + R again to stop recording). To access the video capture files, go to the Gallery under the Widget Menu.

Note: Xbox Game Bar has massive limitations, it will not work in File Explorer or desktop.

Step 1. Turn the Speaker on

After downloading RecForth (tested to be 100% safe) on your computer, remember to turn the Speaker on, otherwise, your video will be mute. And microphone could come in handy if you need to record voice messages on your own. 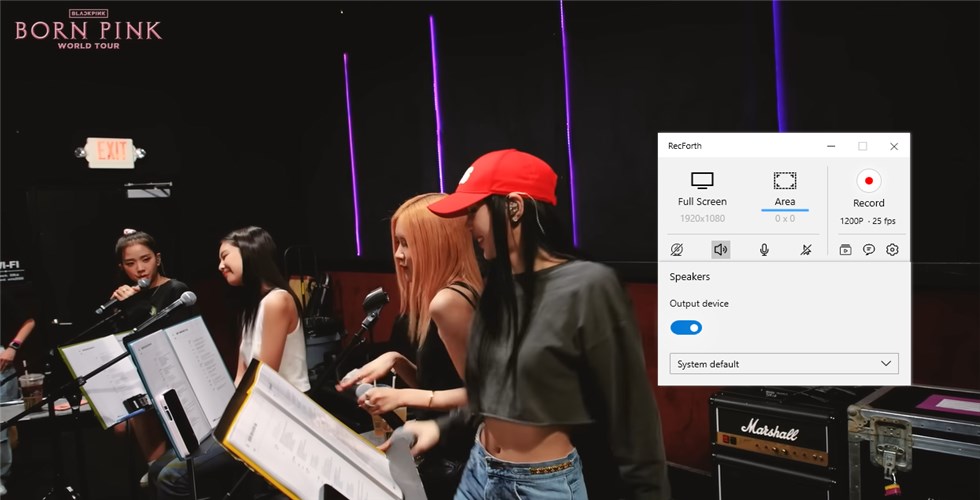 Turn on the Speaker

Without sign-in or creating a personal account, here are two recording modes provided in Recforth. People who want to record an entire screen of the laptop would choose the “Full Screen” mode by default. 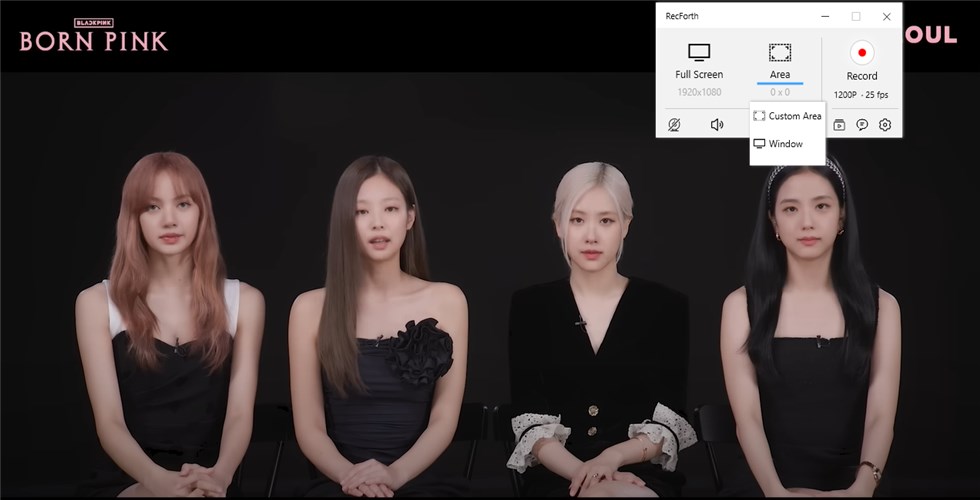 And those who want to record selected areas to protect privacy or make a better effect could choose “Custom Area” or “Window” mode.

Step 3. Start to Capture Screen on the Laptop

Navigate the application you want to record on your laptop, and then click “Record” to start recording. The recording process can be paused or resumed at any time by simply tapping the corresponding button. 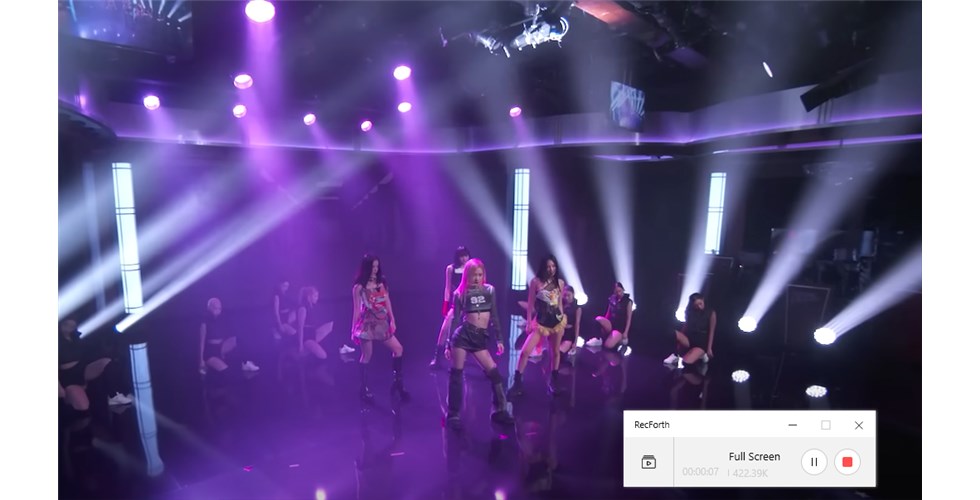 Record Screen on Laptop with RecForth

You can tap the Stop button when you want to end the current screen recording. To access the recording files, you can go to the “My Videos” folder under Recforth.

Generally, you can record up to 30 minutes with Xbox. But the recording may end prematurely when your computer’s hard disk capacity is insufficient for storage.

How to record video and audio on laptop?

If you are a video-making amateur, try Windows built-in program Xbox Game Bar. But if you further prefer a more convenient one-stop method, third-party applications like RecForth are highly recommended.

How to screen record in HP laptop?

For HP laptop users, the two methods of recording the screen described above are equally applicable. The only thing you need to do is, follow the above guidelines.

How do you screen record? Frankly speaking, the built-in program within Windows could solve basic requirements for video recording. But when it is not just about how to screen record on laptop windows 10, but about how to make high-quality ones, maybe a third-party application is worth giving a try.

If you want to further deep-dive into what is the most effective free video recorder of 2022, don’t miss RecForth.