You’ve come to the right place if you’re looking for a suitable screen recording tool for your Linux system. This article introduces seven of the best Linux screen recorders, along with a list of their features.

With the popularity of digital technology, screen recorders have become an important means of recording an important desktop session. For example, if you want to record streaming or gameplay to create a video tutorial, screen recording software can help you do all of the above.

Screen recorder applications seem to be a must-have for every computer, including those using the Linux operating system. If you’re looking for a simple and smooth screen recorder, you’ve come to the right place. This article introduces you to some of the best screen recording software to help you find the Linux desktop screen recorder you need.

Simple Screen Recorder is a Qt-based screen recording tool that can help you record anything on your computer desktop. True to its name, this is a simple screen recorder with both an easy-to-use interface and powerful features. This tool supports the selected recording area on Linux, and you can preview it in real-time during the recording process.

Plus, its sensible default settings allow you to record without having to make other settings in advance. The program is equipped with small but great controls that display statistics while recording. 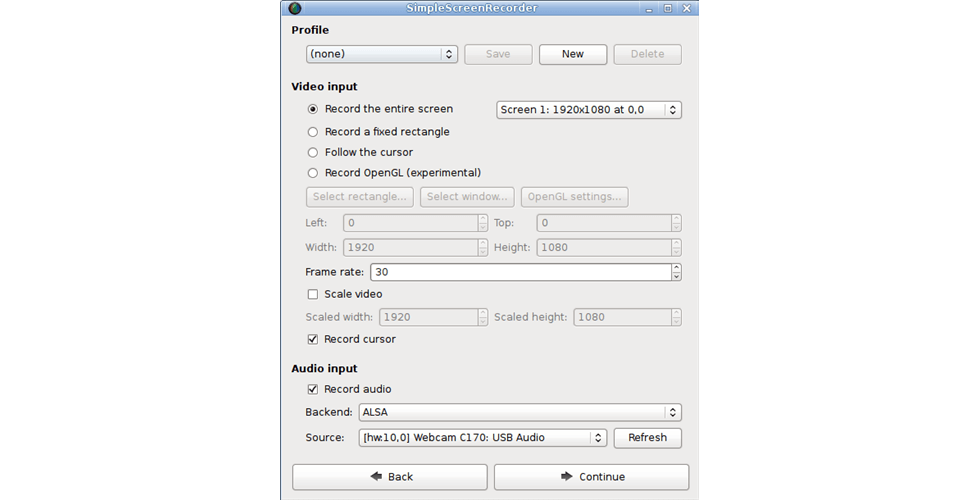 Kazam is a lightweight Recording tool for Linux that you can use to capture specific Windows or custom areas. This simple and effective GUI-based tool helps you record video files and audio files. It doesn’t have a steep learning curve, making it ideal for beginners to record screen content.

You don’t need to configure any Settings before recording, and the built-in screen capture function allows you to easily capture the current screen with one click.

Record My Desktop is a lightweight screen recording tool that allows you to Record Desktop sessions on Linux. This software consists of two main parts, the first part is written in C language about the basic use of screen record encoding and capturing main instructions, and the other part is the use of presentation to edit a simple way of running.

It not only provides you with a clean user interface but also supports high-definition recording screens. You can use its microphone to record audio-video, as well as silent video. Before recording, users can also configure video quality, frame number parameters, and pointer effects.

OBS Screen Recorder is one of the most advanced Linux screen recording software, this free and open-source application works well on Linux, Windows, and Mac. You can use THE OBS API to create your own unique plug-ins, or the webcam and capture card while recording the screen.

The number of configurations you can control with this tool is unlimited, including scene creation, audio and video mixing, and even advanced screenshot editing. The OBS learning curve is steep, but it also means that the tool is highly specialized. For those who stream live games, you can spend some time learning about the plugins and configurations. 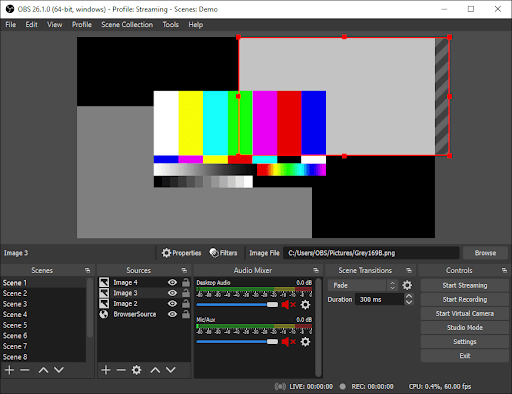 It can connect to Webcam, stream media to TV, UStream, and Hitbox during recording. You can also pre-configure frame rate, output options, bit rate, and stream options before recording, making it an excellent tool for capturing video and audio.

Vokoscreen is an excellent Linux screen recorder capable of recording video and audio in a variety of formats. Support for multiple languages adds additional ancillary advantages to the platform, allowing you to easily record the screen. You can record the entire screen or part of the screen with the camera to create a picture-in-picture effect.

Built-in controls also allow users to set recording duration to control when recording starts and ends. You can also control or adjust the frame rate and zoom out to see what it looks like. At the end of the recording, you can customize the recording path. 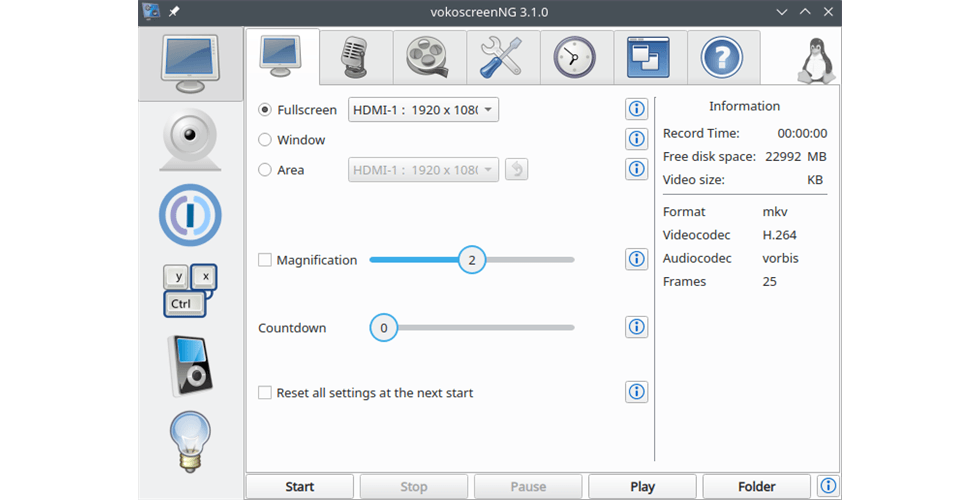 VLC is not only an open-source cross-platform media player, it also helps you record desktop sessions for free on Linux, Windows, and Mac. VLC has rich functions, supporting a variety of video and audio formats to export recorded files. VLC can record images from desktop computers through Webcam, and even share video presentations anytime and anywhere.

As a free piece of software, VLC is very user-friendly while providing powerful results. The platform provides different languages, making it easy for anyone to customize the configuration. Through multiple interfaces, you can choose to customize creative video skins.

For beginners, the simple operation of the screen recording tool is certainly the first option. If you’re looking for a free product, you can use some open-source screen recorders like VLC. A tool with a steep learning curve like OBS is more suitable for professionals, and if you take the time to learn to use it, you can achieve amazing things. If you have any other ideas about screen recording software, please feel free to contact us in the comments section.