The Best Screen Recorder for Firefox

With the popularity of big digital conversion, the screen recorder cannot be separated from people’s life and work. Firefox is one of the most popular browsers and has a huge audience. If we come across a favorite video while surfing the Web, recording screens may be the only solution.

The article below lists some excellent screen recorders that can help you capture screens in Firefox. Let’s dig into it.

The Third-part Screen Recorder for Firefox

There are many screen recording tools on the market, but few are free and have more than one function. As a free screen recorder with no hidden charges, RecForth offers users a variety of recording modes. It supports capturing entire Windows and specific applications Windows, and you can even customize the capture area.

Support for user-defined video resolution and video frame rate as well as recording video via Webcam, making it suitable for capturing gameplay. After recording the Firefox screen in HD quality, you can export the captured video without watermarks. 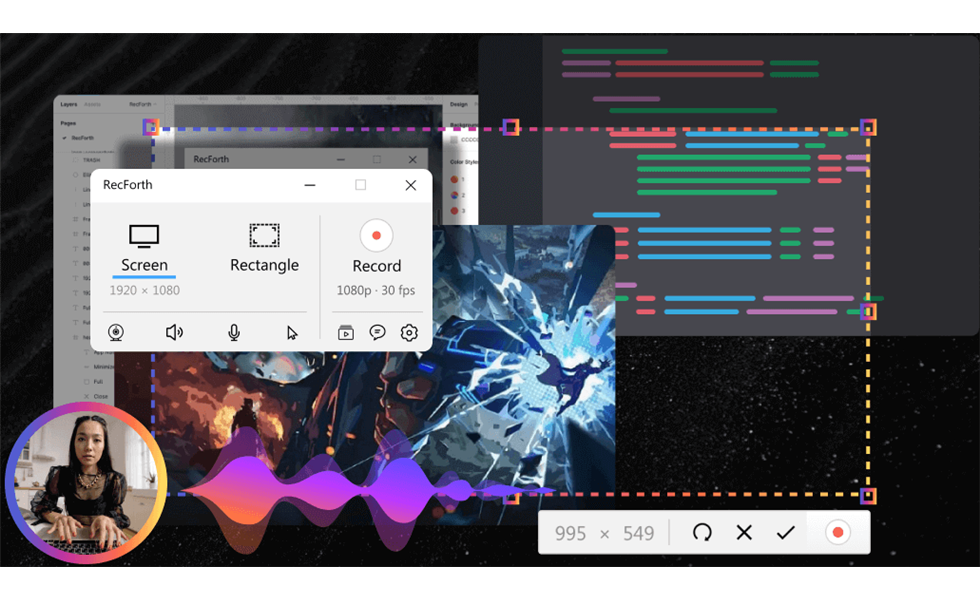 Wondershare DemoCreator is an all-in-one screen recording tool that helps you capture your Firefox browser screen. It allows you to use the microphone to add voice comments and capture your face via Webcam, and you can also set shortcut keys for easy recording. It offers a game recording mode that can record the screen up to 120fps.

If you want to set up the mouse to focus the viewer’s attention on important content, it provides you with functions such as “screen drawing” and “spotlight”. After recording, you can export the video to MP4, AV1, or MOV and upload it directly to YouTube. 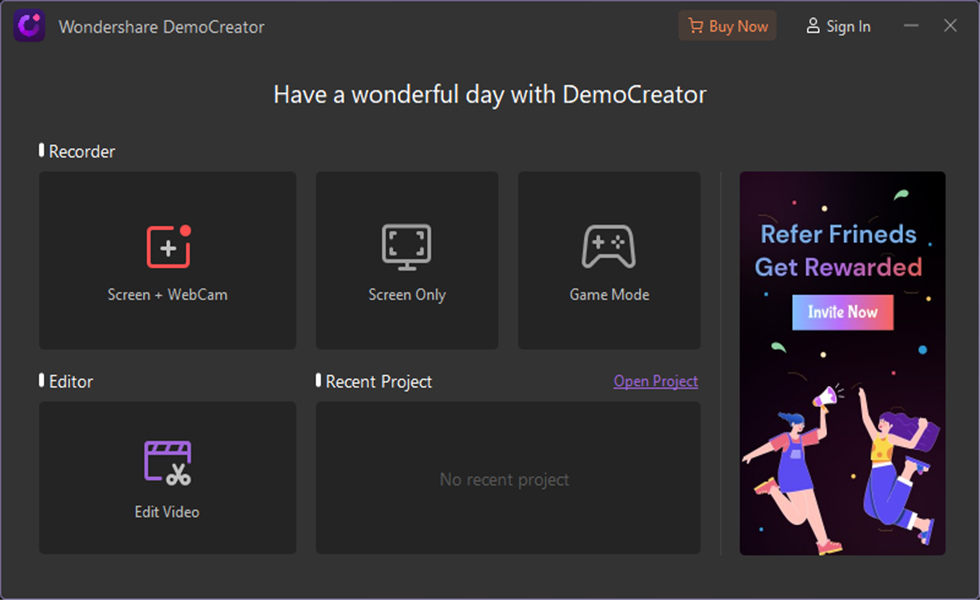 Nimbus is a plug-in that lets you capture and record web pages in Firefox. The interface is simple and the learning curve is not steep. It helps you take screenshots, edit screenshots, and record screens in Firefox. And some commonly used editing functions are also included in it, which can fully meet the daily use.

The app also allows you to use a microphone to add voice notes or record Webcam and screen simultaneously. During recording, you can use the built-in tools to draw. After recording, you can save the video directly to your local PC or upload it to social media.

Awesome Screen Recorder is a simple HD Screen recording plug-in that helps you capture any object you want in Firefox. You can add front-facing camera footage to the recording screen to create a picture-in-picture effect, or use a microphone to add voice-over to make the video more vivid.

Built-in controls allow you to edit a recorded video. You can drag to cut the start and end times of the video. Once recorded, you can save the video to your local album or share it with friends with one click.

Xbox Game Bar is a screen recording tool built into Windows 10 that can be launched by pressing Win+G at the same time. During recording, FPS parameters, CPU, GPU, RAM, and other monitoring indicators are displayed by default. Users can manually adjust these monitoring items by clicking the Settings button on the upper right of the panel.

In addition to the default styles, Xbox Game Bar supports custom theme colors, backplane transparency, audio Settings, and more. There are other built-in controls to help you save when capturing the current recorded page.

Quicktime Player is Apple’s software for recording Firefox screens on Macs. Whether you want to record games, live streaming, or video tutorials, this tool will help you record in high definition quality.

The program is built-in by default, so there is no need for the user to set up too much before recording. After recording, you can edit the recorded on-screen video. In addition, you can share the edited video directly to Google Drive, Airdrop, Dropbox, Facebook, etc.